Free up the oven and stove this holiday season with Slow Cooker Stuffing made with artichokes, mushrooms, and toasted pecans. 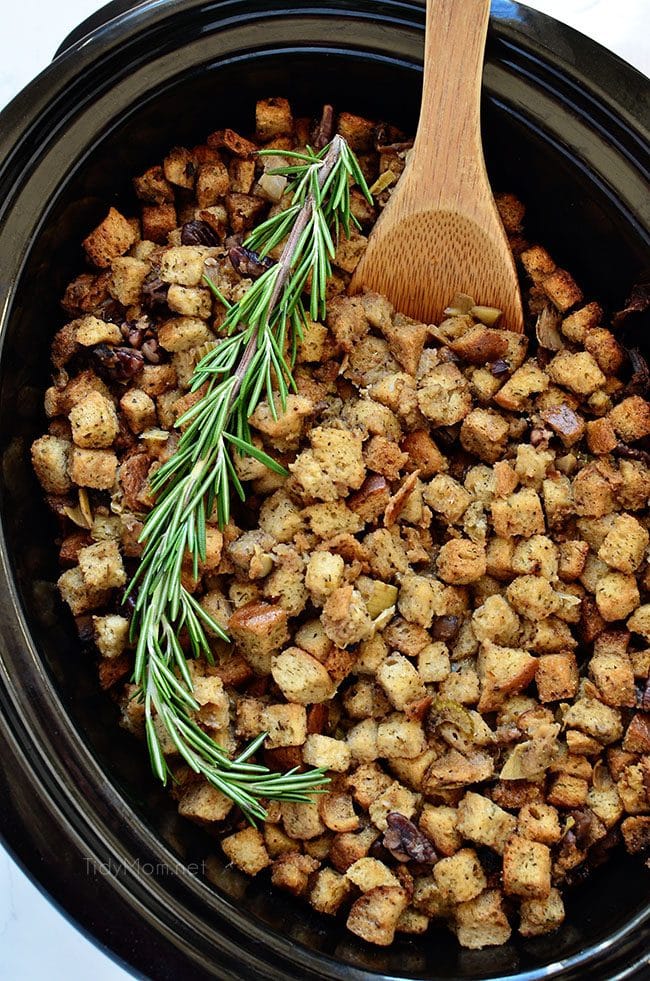 Let’s face it, stuffing (or some call it dressing because it’s not stuffed inside the bird) is not the prettiest dish on the table.  But the amazing taste and flavors can’t be beat, so who cares what it looks like. 😉

This slow cooker stuffing rewards you with a ton of flavor! 3 hours on low heat (plus 1/2 hour on high) is all it takes, and the stuffing comes out with perfect texture, a soft, moist center, and deliciously crisp edges that my family loves. Because let’s be honest, no one wants soggy, mushy stuffing. 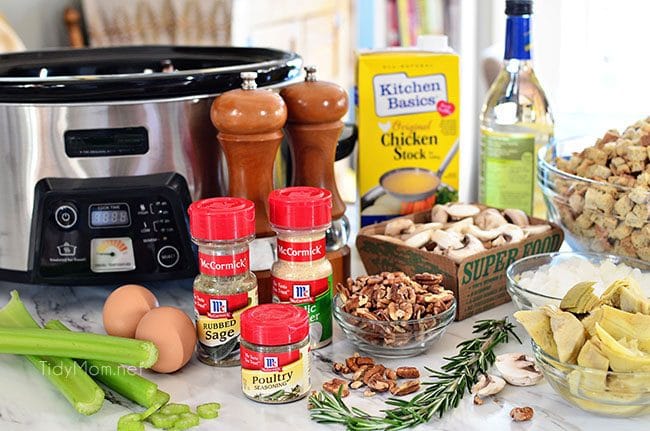 Let’s take a look at the cast of characters for Slow Cooker Stuffing: 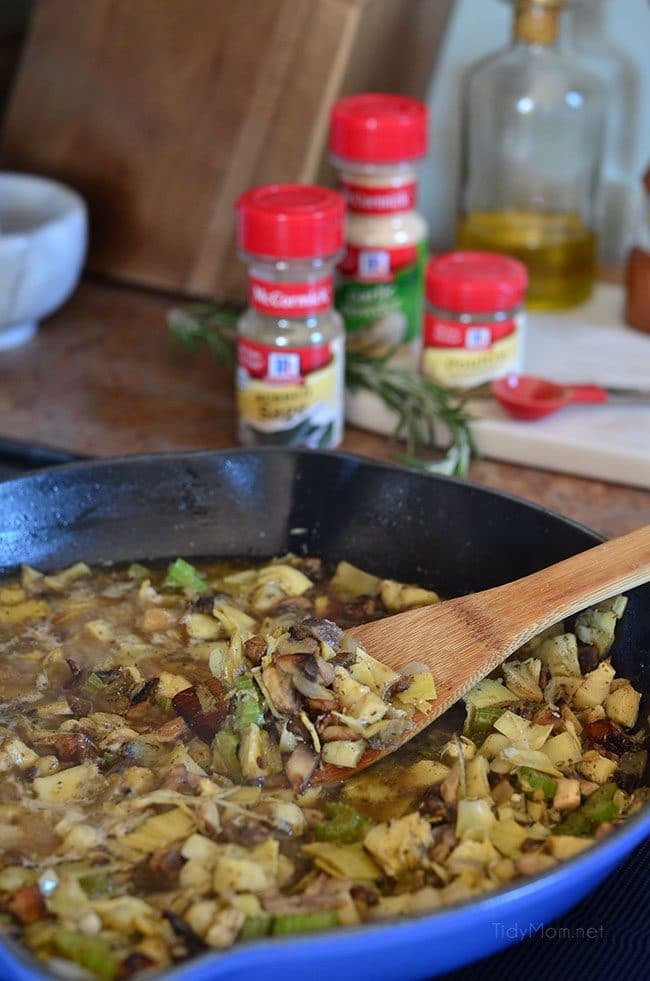 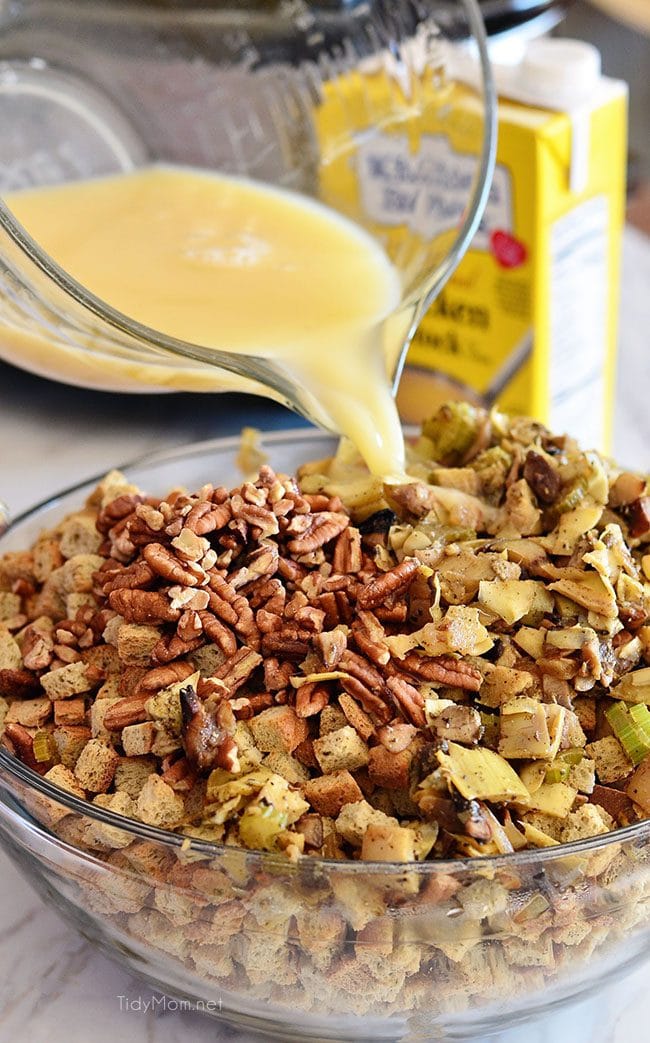 Once the aromatic vegetables and toasted pecans are tossed with the dried bread, it’s time for the “liquid gold”.  Whisk a few eggs with a full-flavored, rich, hearty stock, like McCormick’s Kitchen Basics® Chicken Stock and pour over seasoned bread cubes. 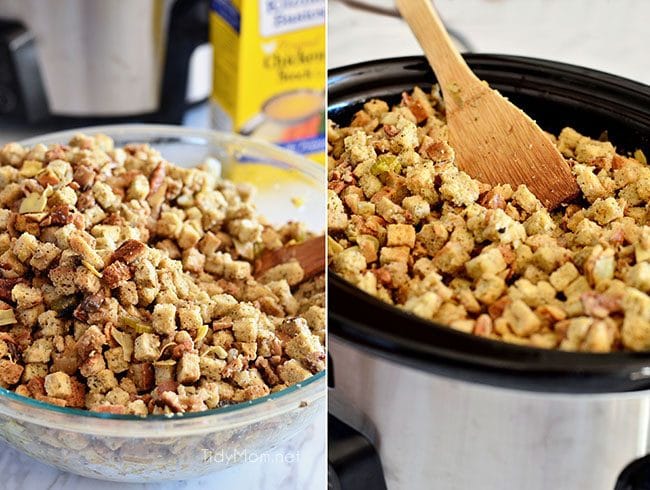 You want the dried bread to be moist, but not swimming in liquid, otherwise, it will end up soggy – the bread should hold it’s shape. Transfer stuffing to a slow cooker that’s been lightly greased with cooking spray. 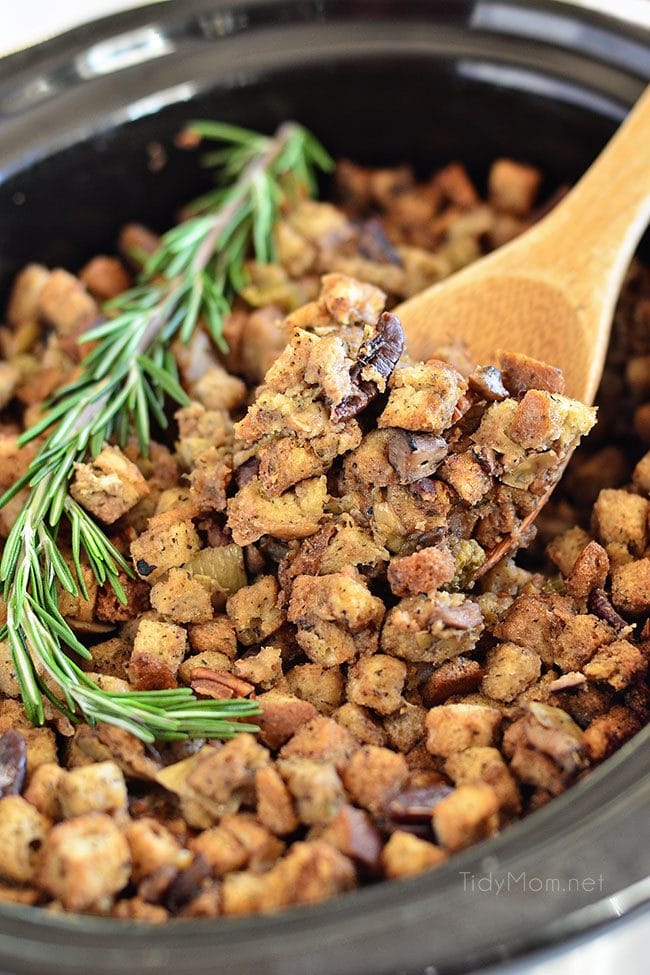 Cook for about 30 minutes on high heat, then on low heat for 3-4 hours, until crisp around the edges.

Worried about the coveted crunchy, toasted layer?  With slow cooker stuffing, you’ll find that layer across the bottom and all around the sides of the slow-cooker. While the center is packed with well-soaked, soft pieces infused with flavor from the aromatic, woodsy seasonings. 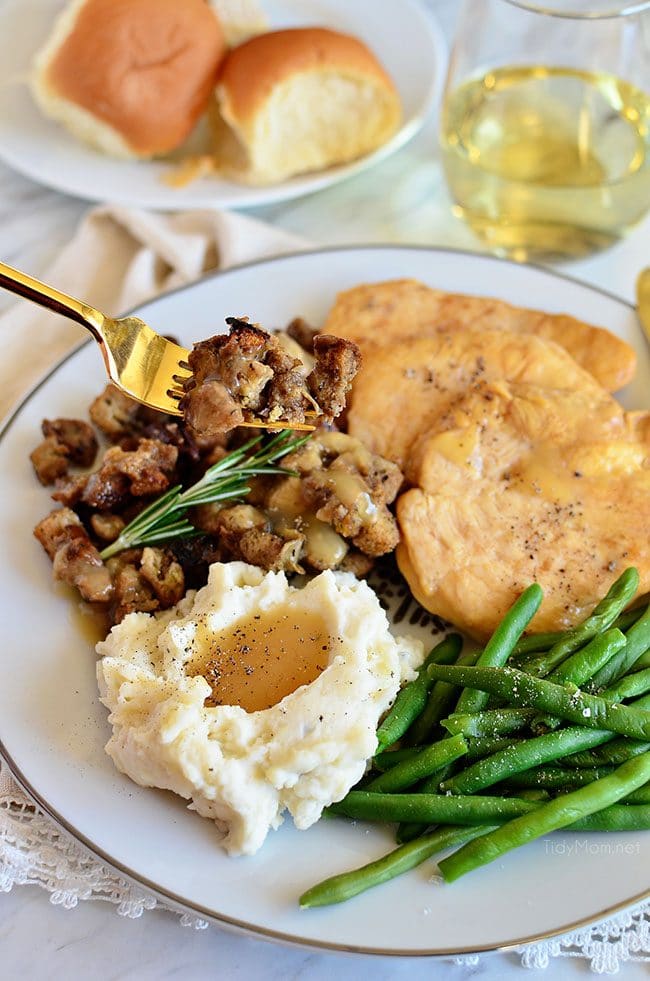 Like This Easy Slow Cooker Stuffing Recipe? Pin It!

Disclaimer: I have been baking and cooking with McCormick in my home for 30 years.  I’m super excited to have a working partnership with them.  As always, all opinions and views are all my own. Thank you for supporting sponsors that allow me to create new content for TidyMom.