The 4th of July is just a few short days away, and is the height of summertime entertaining.  No matter where your party is, you can celebrate  freedom with friends and family with these great star-spangled party decorations, games and festive red white and blue recipes!

**Be sure to enter to win a Silhouette Portrait craft cutter!! 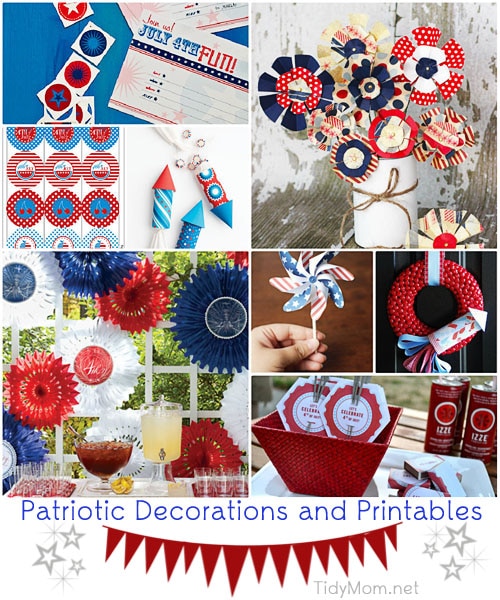 Rocket Wreath at Tatertots and Jello

DIY Red White and Blue Windsocks at Multiples and More 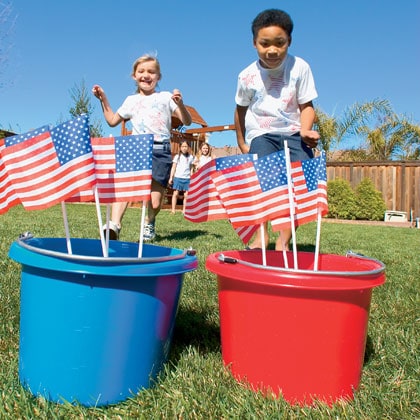 Summary:Flag Tag Relay is a game where you race to see who can get the flag first

Winner: Winning team is the one who complete the relay in the quickest time.

Tip: Let each child keep their flag as a favor.

Watermelon is a 4th of July tradition tradition that never goes out of style.   Make it a focal point of your party with a watermelon seed spitting contest.  Mark a line for kids or adults to stand on. See who can spit their watermelon seeds furthest.  Have a tape measure on hand so you can accurately measure the distance of the spitted seeds. 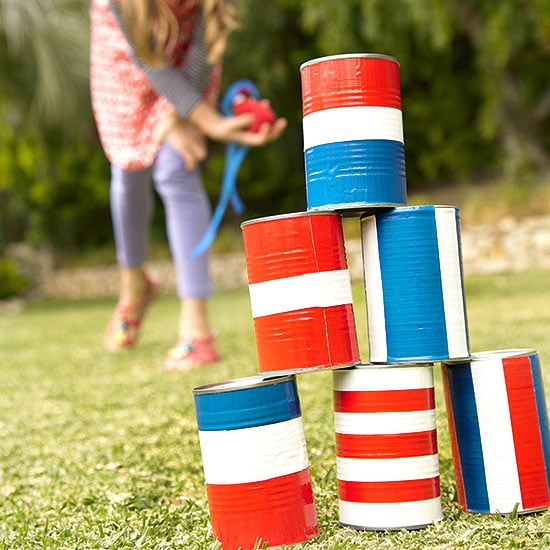 Rinse and clean 6 metal cans and paint patriotic stripes using acrylic paint for a quick and easy game of beanbag toss to your 4th of July party.  Stack the cans in a pyramid and toss beanbags to knock them down – whoever knocks the most down wins!

Form two equal groups. Fill lots of balloons with water place in several buckets or bins on each side of the playing field.  Participants can throw the balloons at each other.  If you get hit, you are out of the game. The last one standing is the water-balloon dodge ball champ.

Kick up the old game of tag a notch with water! One participant is armed with a spray bottle or a water gun. The first person squirted, becomes “it” and take over the sprayer.  Last dry one standing wins! 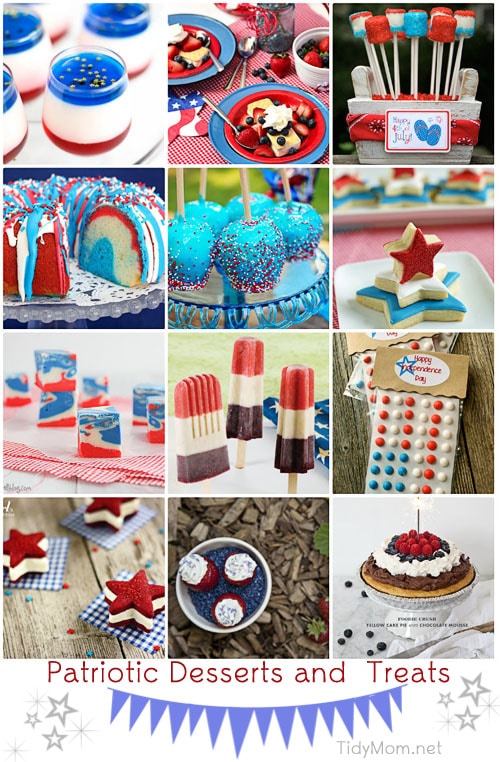 Red, White and Blue Star Cookie Towers at Bake at 350

Patriotic Candy Buttons at The Sweet Adventures of Sugarbelle

4th of July Tye Died Fudge at Taste and Tell

How will you enjoy the wonderful celebration of our nation’s independence and embrace the quintessential summertime?